Why Cryptocurrency Remains Popular Amidst Feedback from Skeptics?

Many people, especially those who are not so familiar with what’s going on in the cryptocurrency world, would wonder how these cryptocurrencies remain so popular amidst negative feedback from many skeptics.

Contents hide
1 The Prevalence of Cryptocurrencies
2 It’s an Identity
3 A Radical Identity
4 Social Media Makes it Popular
5 Why do Cryptocurrency stories draw so much attention from people?
6 Volatility Excites

The Prevalence of Cryptocurrencies

Many would say that cryptocurrencies are “dark money”, meaning they are only used for transactions involving illicit activities in the real world. ‘ Surprisingly, Bitcoin and other cryptocurrencies have many uses.

This is true, knowing that many brick-and-mortar stores already accept Bitcoin as among the options when paying for the goods and services they provide to their customers. There are also ATMs for Bitcoin in some countries where people can transact using their crypto rather than opting to process everything online.

But why is it that these cryptocurrencies continue to be popular? Keep reading to find out the answer!

Bitcoin is not merely a cryptocurrency for many. For Bitcoin investors, it is also perceived as a way of life. It has even become a form of obsession for some. But why? Let’s delve into the psychological reasons behind such a phenomenon.

Some individuals don’t see Bitcoin merely as a solution to a specific problem. But rather, they see it more as a religion they must patronize. Due to such belief, many crypto enthusiasts have started coining different words as part of their crypto jargon. Thus, words such as “whale” and “HODL” started to emerge.

And, so thousands of people attend Bitcoin conferences. Why is Bitcoin becoming so attractive? The culture surrounding the Bitcoin community is one factor that makes it so appealing. Therefore, once you decide to buy Bitcoin or any cryptocurrency, you’re not just buying the crypto coin itself. But instead, you are paying for the entire culture of it. When the purchase is made, it automatically penetrates your whole life. It has now become part of your identity.

Even if you claim to have pure intentions the moment you buy Bitcoin, for “non-believers” of the Bitcoin religion, you are still considered among the radicals. why? Because the population of people believing that cryptocurrencies are a subversive concept remains huge. For them, if you buy Bitcoin and are into cryptocurrencies, you are someone who engages in activities that are counterculture.

This comes as no surprise knowing that everyone around us is into social media. Almost everything posted on social media quickly becomes popular or infamous depending on how the social media netizens view such posts. There is no stopping the highly-engaged community of cryptocurrency enthusiasts from making so much noise on social media. 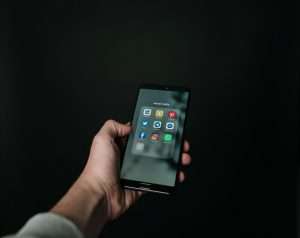 News and stories about cryptocurrency are all over Facebook, Twitter, Reddit, TikTok, and everywhere else on the internet. People who have been using world-class crypto platforms that provide the ability to buy crypto or connect to brokers, such as Binance.com, Kucoin.com, or Immediate-edge.io, also contribute largely to the popularity of cryptocurrency. And such noise makes Bitcoin and the world of cryptocurrency even more popular.

Add in stories about people becoming instant millionaires from investing in Bitcoin. Remember the Dutch Bitcoin Family? They exchanged all their assets for Bitcoin, and now they get to travel around the world using only their van. But, of course, some people are not lucky enough with Bitcoin and have turned out to become paupers when luck didn’t work in their favour. It is through stories like these being posted on social media that the cryptocurrency world keeps growing not just in population but in fame.

Why do Cryptocurrency stories draw so much attention from people?

For centuries, we have been told and taught that to live well in this world; we have to work hard to earn money or any fiat currency that allows us to purchase what we want and need. Then, boom! Suddenly, Bitcoin and its creators tell us that we do not have to rely on fiat currency alone to pay for everything.

We can use digital money to transcend borders, nationalities, governments, and financial institutions. If news about this won’t grab your attention, then we don’t know what else we would do. And, if you’re engaged in the Immediate Edge platform, the chances are high that you are already incorporating the Bitcoin life into your identity.

If you own Bitcoin or have been actively engaging in crypto trading, you feel you are one of the main actors contributing to the fame of cryptocurrency in the film referred to as the Financial Space.

There’s no need to wonder why. Social media is a real driver of social behaviour. One day it’s just another social media post. The next day, it has become a fad, and you’re part of it. Are you still wondering why cryptocurrency remains popular?

Consumer behavior experts say that when individuals talk about their investments on social media, they tend to engage more in risky investment decisions. The same is true regardless of whether you’re into cryptocurrency investment, forex trading, and the like. 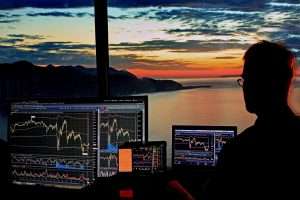 Skeptics say they will not buy cryptocurrencies because such a decision is too risky. But, for crypto enthusiasts, investing in cryptocurrency is much like visiting Vegas. The thought of taking risks and enjoying every minute of it is much like gambling, which is an activity that brings about a sense of excitement and thrill. You may not understand such feelings, but gamblers can certainly relate to the thrill of risk-taking.

People involved in stocks would become bored as they check their prices from time to time. However, with cryptocurrency, the prices can vary wildly almost every minute, and such gives a feeling of excitement to many Bitcoin enthusiasts.

But let us not forget that no matter how popular these cryptocurrencies are, we still cannot delete the fact that it remains full of risks. For any decisions involving cryptocurrency, you might as well consult an expert first.